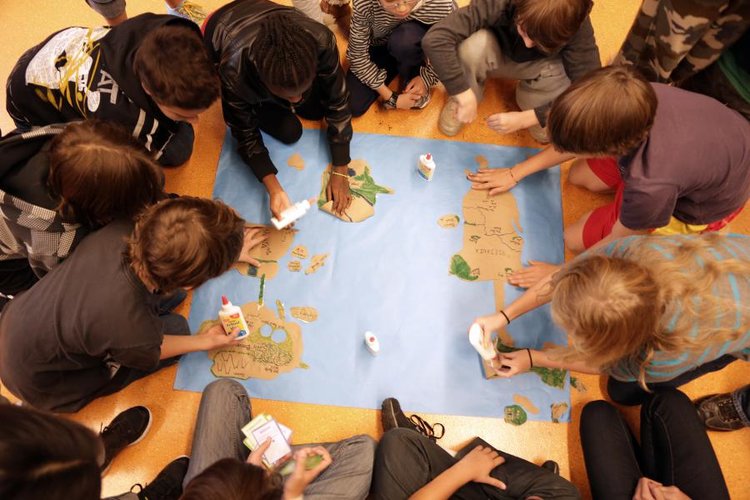 Language is the expression or communication of thoughts and feelings by means of vocal sounds, and combinations of such sounds, to which meaning is attributed to human speech (Webster’s Dictionary 1999). Language is significantly made up of culture, success, and free will.

Language can embark upon the hidden talents of what all great writers have today: clarity, conciseness, and communication.

Many people are deprived of things such as attention, the forgiveness of another person, and the ability to speak a language fluently. What several people forget is that certain experiences can lead to a deprived language outcome. To have been deprived of language, is like walking blind folded to hit a pinata. The target is there but one is not sure where it is located.

Any person’s walk of life may have experienced sudden deprivation of language, or no language training at all. In the story Malcolm X we read: “Coming to an awareness of language, I hand scratched to them how the white man’s society was responsible for the black man’s condition in this wilderness of North America” (Malcolm X). Often, a person’s language barrier can be predicted through their culture.

Similarly, if a person has a handicap, one may have to conclude that this person may have to work overtime to draw good success in language. Let us think of Helen Keller: “The day language came into my life, the living word awakened my soul, gave it light, hope, and joy set it free!” (Helen Keller).

For one to experience language, quite frankly, a person must work to obtain mastery of it. For Helen Keller, her experience set her free and gave her a sensation of finally knowing the unknown in her life.

Fear can rob any person of the unknown. For example, to have experienced fear recently on what to write about may develop a lack of free will to try to write at all. Language awareness is very important, because one can develop their sense of writing skills through writing and reading.

“Language is the highest and most amazing achievement of the symbolic tic human mind” (Susan K. Langer). A human mind is like a token. What one does not use may be lost. The free will to choose language may actually become a barrier of choice.

In order to communicate properly, one must practice language skills: speaking, reading, and writing in that language for mastery. Then, and only then, will language skills begin to feel natural, flow wonderful, and become a natural part of the person’s daily existence.

Many lives have changed because of an increase in vocabulary and writing skills. Whether it is through a job, or even a classification, language is a complete increase toward accomplishment in one’s life. It is also an incredible self-esteem booster for those that lack motivation in life.

As for Helen Keller, her limited world, became great with great gain of language: “It would have been difficult to find a happier child than I was as I lay in my crib at the close of that eventful day and lived over the joys it had brought me, and for the first time longed for a new day to come” (Helen Keller).

Furthermore, a person may become genuinely frustrated with language, as in the story Malcolm X: “I became increasingly frustrated at not being able to express what I wanted to convey in letters that I wrote” (Malcolm X).

Determination can cause any person to choose to change and become a better writer: “I saw that the best-thing I could do was get hold of a dictionary–to study, to learn some words” (Malcolm X).

Little do people know that it’s often the unseen areas, such as not knowing words and taking the time as Malcolm X did, that will make the biggest language progress in the near future. There is no such thing as a non-victorious study time, when it comes to learning the printed word.

Consequently, my experiences in my early college career, led me to become determined to finish my coursework. My experiences of getting an A- on writing assignments only prompted me more to persevere and finish. My sense of hope in wanting to complete my journey in school and life still exists.

As Malcolm X states eloquently: “It went a lot faster after so much practice helped me pick up handwriting, etc.” (Malcolm X). I can certainly attest to that fact as well in my own life.

Through continuous writing practice I have become a better writer. I am, as a precursor to that, enjoying writing a lot more, during these collegiate days, versus past years.

Increased language awareness and skills highly affected the thought processes of the writers. They became more confident, and one can just sense that beyond confidence, there is also a bit of joy welling up in them as well. It’s almost tangible. The role that language played in the writer’s lives was a monumental one.

If we consider that these are major players in our society… we start to think, perhaps regular citizens could become large icons in America, if they will work toward mastery of language. Malcolm X, who would have thought? One would have never expected that he had any language deficiency, because he led millions to his call to action.

The Benefits of a University Over Community College

While the majority of us think that a university degree will advance us in our chosen careers, there are some who still think you should ...